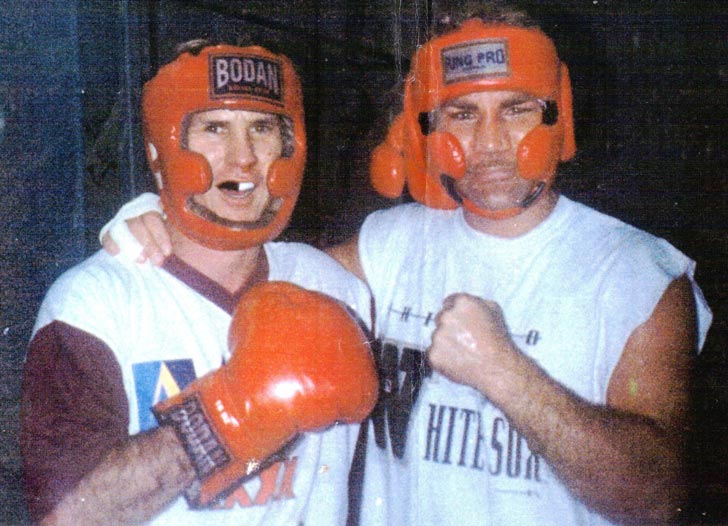 He was a one of a kind, a country bloke that placed family and respect above all else.  A bloke that had more honour, humility and loyalty than any person I have ever met on this earth.

He was a son of Pat’s and Marcella’s, he was a father to Harry, Meg and Georgia, a husband to Tracey, and the best mate I have ever had. I wanted to honour Mick on my website not just because of our friendship, but because he is the reason I left the Police Service and entered the health and fitness industry.

Mick new the Police was not for me, “Giddyup Chop, they all drink piss and do NO exercise” he would yell across the gym floor, “and they don’t wear kouros ha ha ha”. He was right.

We spent many many hours talking about life and what the future holds. He had a beautiful family, that I envied greatly, but I was single cruising around the world in boxing teams. He told me that I would change and that having a son is the greatest moment of your life. I laughed and said, not me Mick, I am to busy getting ready for my next fight.

But he was right again, I would have loved him to meet my son Isaiah. I would love to be able to ring him and ask for advice about fatherhood.

Its now been 10 years since Micks passing, I miss him as much today as I did in 2000. I wanted to share my website with Mick because I know he is looking down on me from heaven laughing and saying, “Gideeup Chop “.

I miss you mate. Chopper